Q: Now that I have Windows 10 can I stop it from updating at the most inopportune times?

This will defer them for a while but does not affect security updates:


However that's probably not want you are after. The intended approach is to leave the PC *on* overnight but *not* logged in same way Windows has handled updates for years. That way it will handle all that stuff overnight when you are not using it and restart around 3am - 4am if needed. This would require sleep setting to be set appropriately (I always recommend that sleep is turned off on PC's and laptops anyway), bear in mind that with a Windows tablet that's probably not feasible.

One of the big changes that Microsoft made in windows 10 is that it WILL do its updates eventually regardless, its created a bit of angst within the industry but the problem they were facing is that people never allowed Windows to update (mostly by turning the PC off overnight every night) and as such Windows didn't get the security fixes and PC's were often vulnerable to the bad guys long after Microsoft had released the patch.

There are a couple of ways of "hacking" this so that it won't do updates unless you manually force it, but for the reasons above it's not recommend because you really want to get the security fixes without manual intervention.

Consider leaving your laptops and desktop PC's on overnight (and logged out) or at least over "a" night during the week. 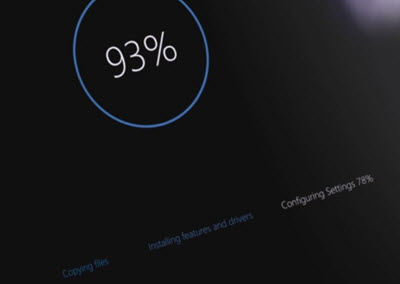